This week I attended a new baby class with Flixster called Happy Babies and it’s being run by a lovely lady called Angela who runs a series of sessions and classes under her umbrella company Alltogether Kids she also offers one to one sessions for parents. The Happy baby course is a follow on from her Tranquil Baby class and runs for 8 weeks and is a mix of lots of different baby activities including yoga, sensory as well as making memory books. I first met Angela at the antenatal relaxation sessions she runs locally to me when I was pregnant with Flixster. Those sessions are a mixture of antenatal education, covering many topics followed by a period of guided relaxation. I really enjoyed attending them as Angela’s voice is so calming and her relaxation sessions set to music almost always made me sleepy and I always left feeling far less stressed than when I arrived, my only regret is not being able to attend more of them throughout my pregnancy. Unfortunately the day they were on each week I was working and although I would have been allowed to attend as part of my antenatal time off I didn’t feel that I could have done this due to working in a small team, I would have been making more work for others within my team and that wouldn’t have been fair. I was however able to attend during the last few weeks of my pregnancy after my maternity leave had started. Angela’s voice is very soothing and just being around her makes me feel calm.
The first session of happy baby that I attended this week was so popular that future sessions are being held in a bigger venue so consequently there was no room for baby yoga this week, instead we did some sensory which included songs, movement and interaction with objects. Angela had laid out some mats for the babies to lie or sit on depending on what stage there were at. 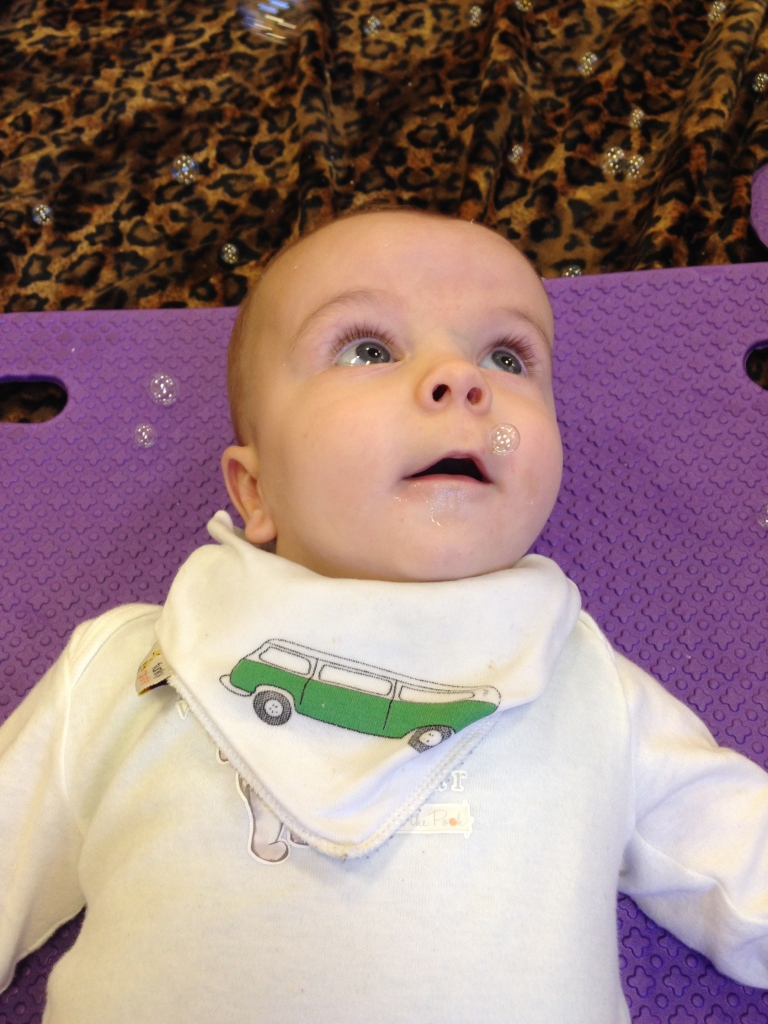 Flixster is not sitting unaided yet but I don’t think it’ll be long before he is. He’s 6 calendar months next week and I’d like to start some baby-led weaning but we won’t be starting any finger foods until he can sit unaided.  He really enjoys the singing and songs that contain actions and signing, he also really enjoys watching other babies. I am blessed to have such a happy smiley baby. After signing for a while Angela got out the bubbles. I don’t know if I’ve mentioned it before but two of my favourite things are bubbles and rainbows becuase they are such magical things, they are around for such a short time and when they are gone they leave no trace behind that they ever exisisted. I’m especially fond of bubbles when there are loads and loads of them at the same time, I love nothing more than putting the boys bubble machine on in the back garden on a sunny day and watching thousands of tiny bubbles dancing in the air. It seems Flixster too is a fan of bubbles, he watched them fall to the ground with unfailing concentration. 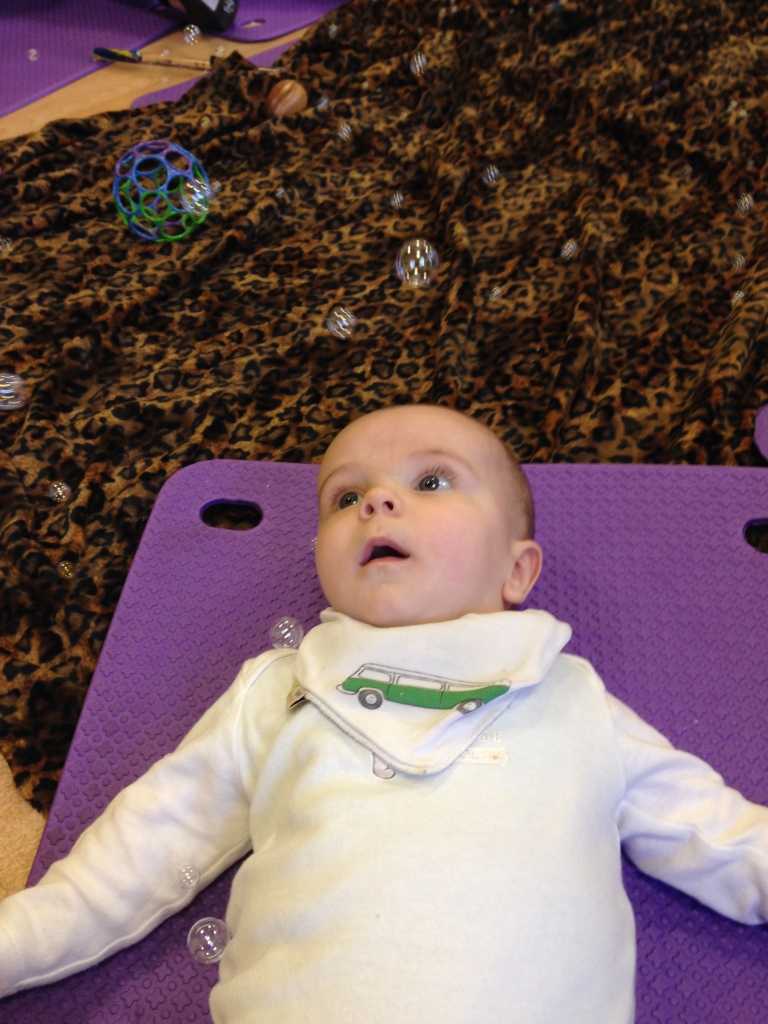 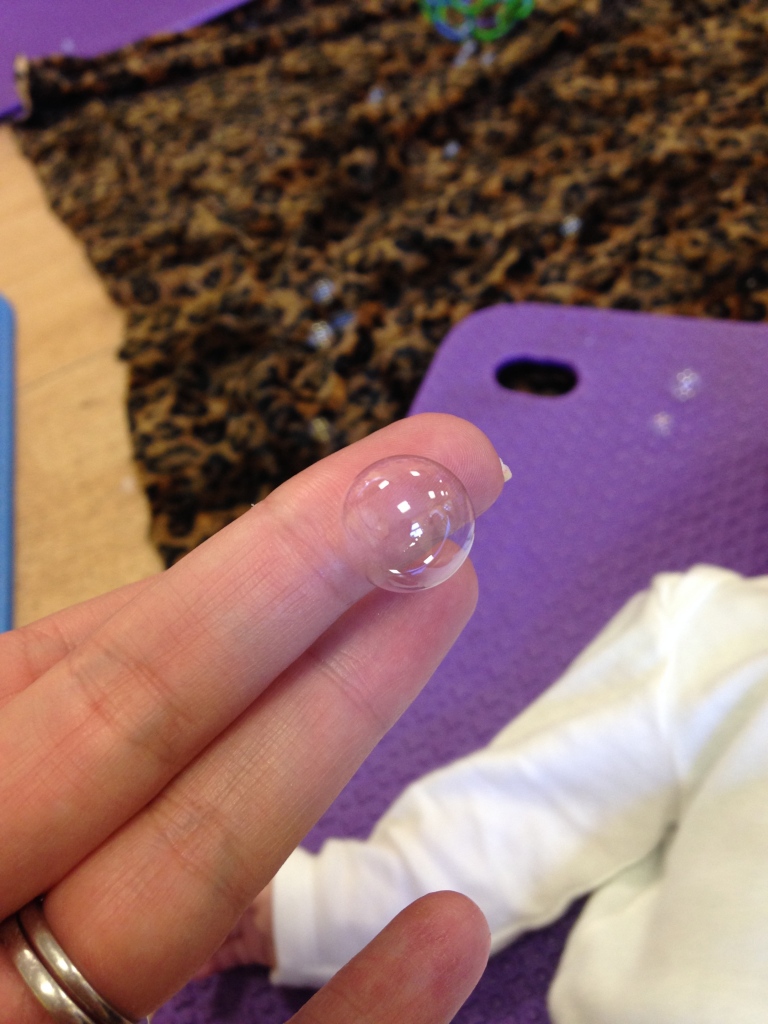 After bubbles we did some sensory with various types of material including a piece of voile and some silver foil blanket. Flixster loved the crunchy foil but I didn’t manage to get any pictures as he was flapping it up and down so quickly and facing away from me. I think we will have to buy our own piece to play with at home. 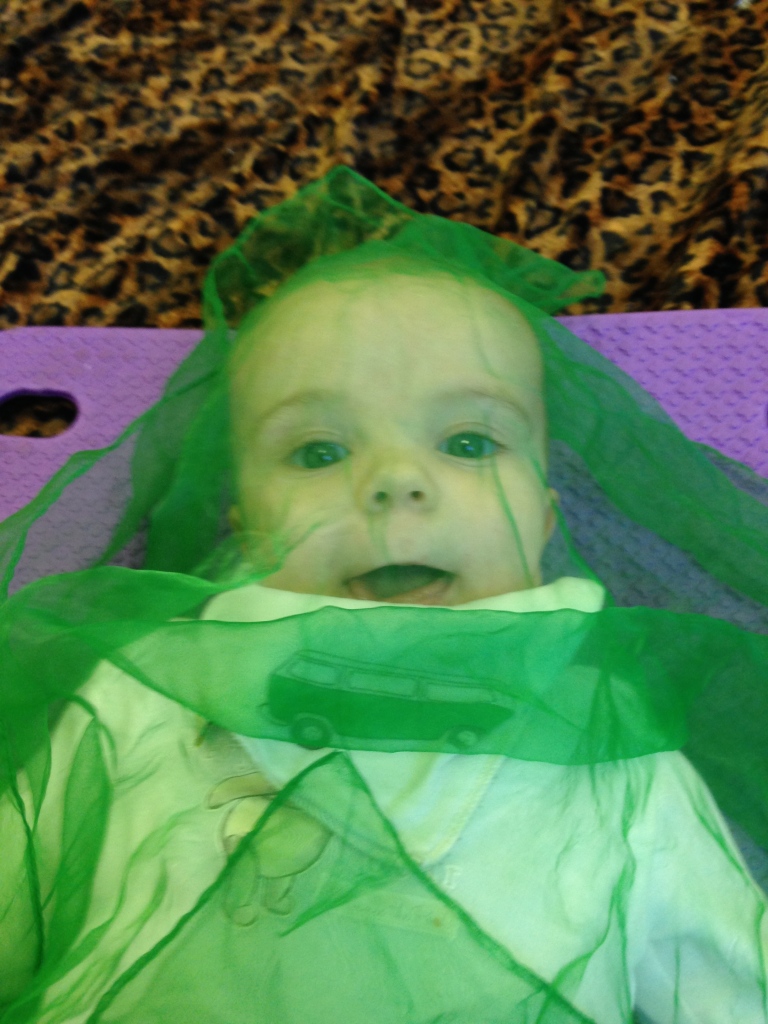 As well as the materials to play with Angela put out some light up objects which seemed well timed as they had a halloween themes, skulls and ghosts. Flixster was once again fascinated by the new things I was showing him. 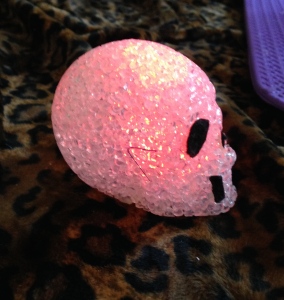 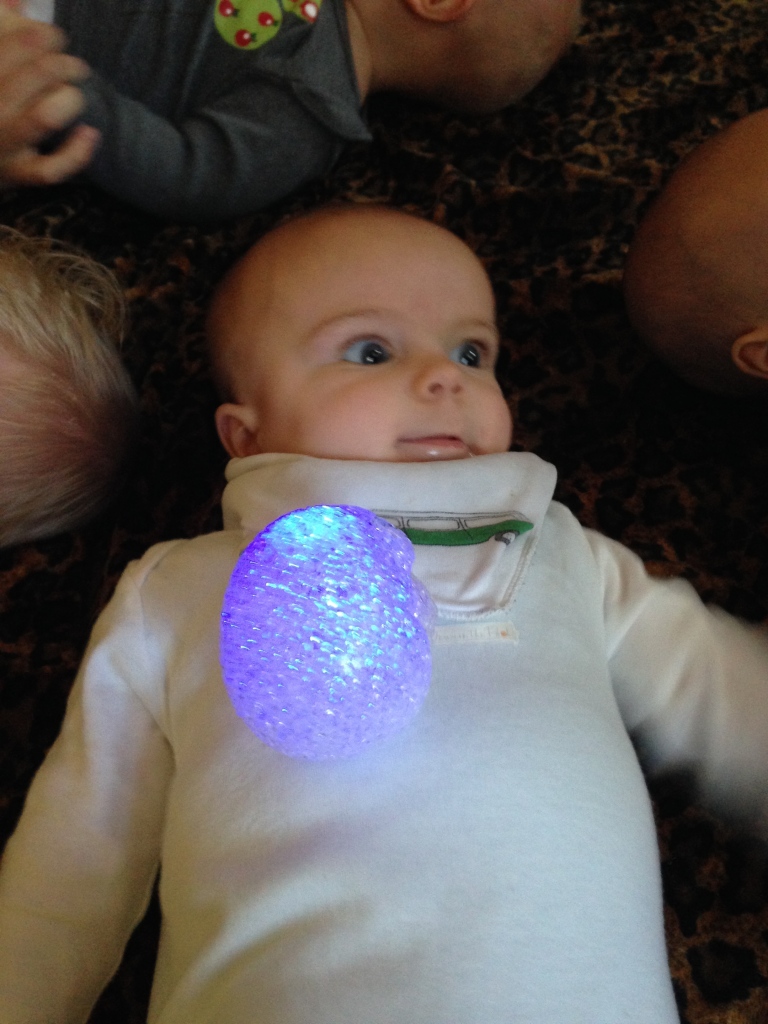 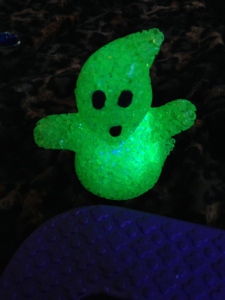 The class finished with a little relaxed time under a large piece of shimmery material that was held above the babies, and Flixster was ready for a nap on the way home in the car. I love going to classes like this because as a busy mum of two its hard to find the time at home away from the distractions of housework to sit down and actually have sensory play with your child. I do try to take time out each day to play with Flixster one on one, and he gets a lot of time with me around the house watching everyday tasks as he spends a lot of his day in a sling on my front. I particularly like going to classes run by Angela as she is such a calming influence and I think this is also reflected by how popular her classes are. I can’t wait to see what we get up to next week and I hope that Flixster continues to enjoy it as much as he did last week.

Angela can be contacted through her website at www.alltogehterkids.co.uk