I can’t believe Monday has rolled around again already, the weeks are simply flying by at the moment! This week it was my mums turn to travel down to us. When we woke this morning the wind was howling and the rain was pouring from the sky, a total contrast to last Monday when we were bathed in glorious sunshine. There would be no trips to the local park today thats for sure, we needed something indoors to do. I had recently heard about an exhibition at the Lowry Gallery at Salford Quays called ‘Here’s One I Made Earlier – The Story of BBC Childrens Broadcasting’. I was clearly very late in finding out about it as it ends next Sunday, so I was grateful to find out about it before it finished. The boys and I waited for Grandma to arrive safely. She didn’t leave her house to early as the weather was pretty rough and most of the journey is motorway so she waited for things to clear up a bit. Once mum arrived we had coffee and a snack (as is tradition on Mummy Mondays!) then got ready to leave the house. This part for those without young children or experience of them sounds like a two minute task. With a baby and toddler though you’re talking about anything up to half an hour usually in our house. Once we’ve decided which buggy we’re taking and packed the relevant bag with nappies, wipes, drinks, snacks, my things and all the other paraphernalia I need to carry around, theres toilet time for the boy, final nappy change, putting buggy in the car, putting children in the car etc etc the list goes on! So by the time we actually arrived it was time for lunch. We wanted something quick and relatively healthy so we chose subway. I’m lucky that the boy will eat pretty much anything so he was very happy with his ham sandwich. 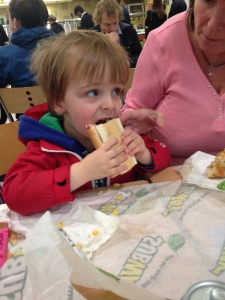 After lunch we headed over to The Lowry and went up to the exhibition. The boy spent most of the time wanting to rush to the next room,  he’s a toddler full of beautiful energy for life and running around everywhere. I spent most of the time listening to him say or shout ‘Mummy lets go in here!’ while trying to gently encourage him to stay in the same room we were in so that I could at least look at the items they had on display. 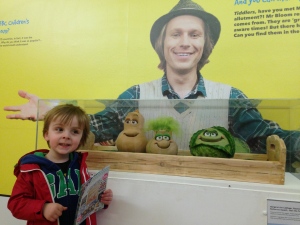 There was lots to read too but I got to read none of it and had to piece together the history of children’s television form the pictures while keeping an eye on the boy, I wouldn’t have it any other way! I’m hoping that we may be able to go back again at the weekend before it closes so that I can try and learn a little more. 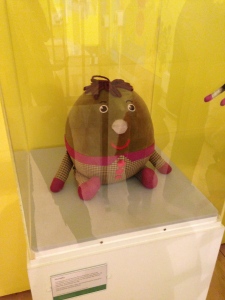 There was a good mix of old and new exhibits that kept the boys attention just long enough that I could look at the things form my childhood and likewise my mums era. Some of the items were legendary like Humpty from Playschool or Blue Peters home made Tracy Island! 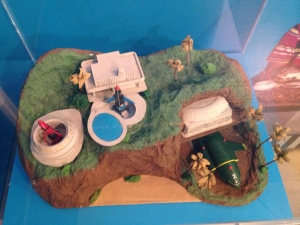 The boy was excited to see the Teletubbies amongst other things. He’s like an elephant for remembering things (}he never forgets) so he’ll probably be talking about them and Mr.Blooms veggies for quite a while now! 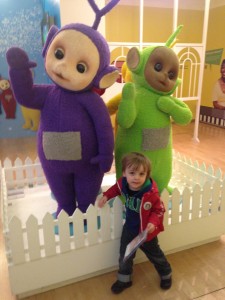 I loved seeing Bagpuss and the legend that was Gordon the Gopher! 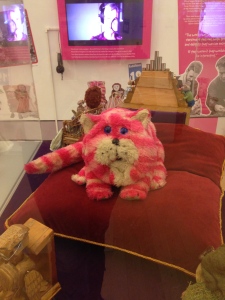 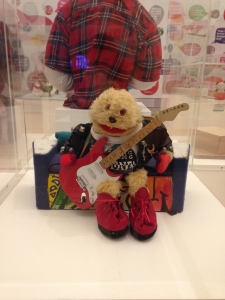 I used to love the broom cupboard, and loved watching Philip Schofield in-between the programmes with Gordon. I’m sure if we hadn’t had a toddler with us we would have spent a lot more time there reading but the boy was done and so we headed out and back over to the shopping mall for coffee and cake, before heading home as it was already getting late in the day. Time really does fly when you’re having fun together.

The exhibition was fab and I really hope we can make it back next weekend so that Daddy can come too, hopefully having been already the boy won’t want to hurry through so much, but whatever happens I’m sure we’ll have a lovely day out again. I highly recommend it for all ages  as there is something for everyone although there aren’t many days left to enjoy it now so get there soon if you can! 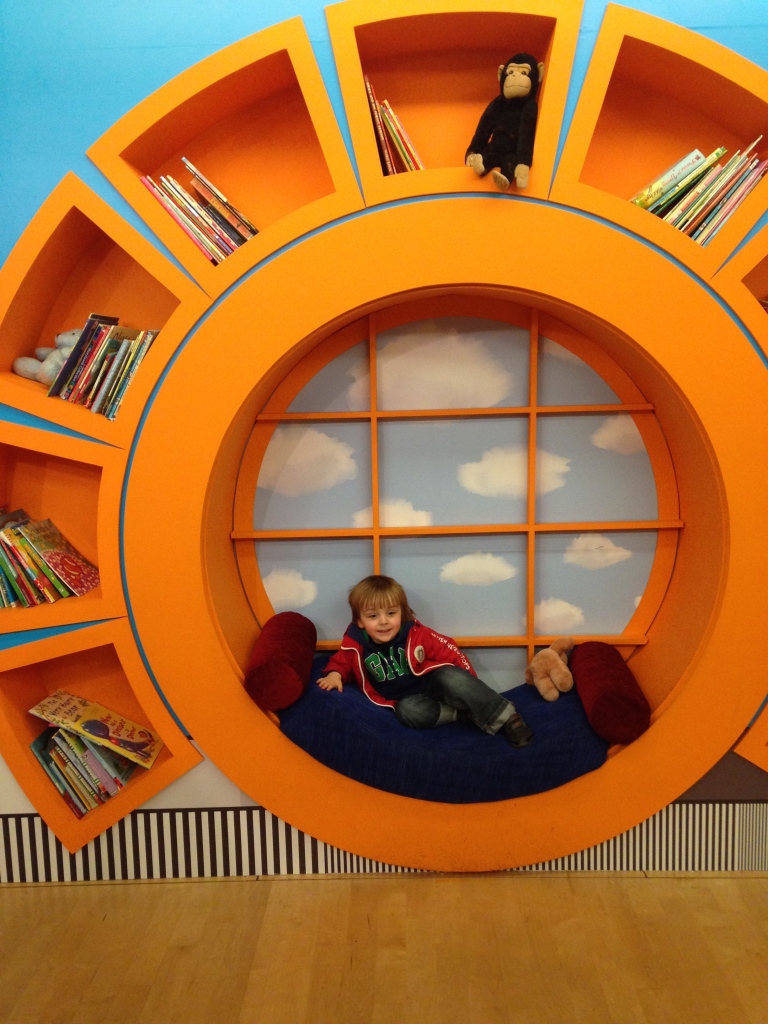