Reception Class – Reflections of a Mum

Once again time has passed very quickly and I can’t believe we are already two terms into reception class year at school. That’s two-thirds of the way through, past the halfway mark and some.

At the start of the year little did I know he’d be starting a new school all over again for term two. He loved his first school very much and I was worried about the change unsettling him all over again but he coped really well. He did a great job of just getting on with it, and is as much a part of the class as any of the other children. Even adjusting to a shirt and tie rather than polo t-shirt was thankfully very easy!

Parents Evening –  We had a parent evening at his old school as well as one at his new school very recently. I was such a proud mum when the new teacher explained how well he is doing. All I have ever asked is that he tries his best with all that he does. It doesn’t matter to me if he’s not top of the class, it doesn’t matter where he comes or how long it takes him to complete a task as long as he tries his very best. He is doing really well though with his reading and writing. I used to worry that being an August baby would leave him lagging behind his peer group, I don’t need to worry at the moment. I’m proud that his teacher thinks he’s very ready for year 1 and some much more serious learning. I don’t get thought why the fun and the playing have to stop when they leave reception. I’m sad that he’ll be much more classroom based, he loves learning outdoors, what a shame that the government targets mean that all of a sudden after reception class ends it’s time to sit down all day instead of stepping outside to learn.

As this week a whole new cohort of parents will learn of their child’s school placement, there will inevitably be some tears as well as much happiness I think back to this time last year and can’t believe how far he’s come. Although he will always be my baby he has grown up in so many ways. Ways I hadn’t even thought of. He’s independent and becoming more confident each day. As his teacher pointed out he still struggles with friendships but seems happy playing alone and she thinks it may be that his vocabulary is a little more advanced than his peers so he prefers the company of older children than those of his own age group. If she’s not worried then I’m not either. I’d love for him to have some close friends to grow up with but I’m sure this will come in time.

If I had any advise for those parents that will this week learn of their child’s school it’s to cherish these last few months before school starts. Cherish them as they are now and before they change. Cherish the time that you have with them as once school starts they do change as little people. Little people who grow up all of a sudden very quickly!

So now as we face the start of the summer term, the last term in reception I will probably be sat here this time next year thinking about how once again my little boy has grown and changed. Time once again is speeding by and I will try to cherish every single day. 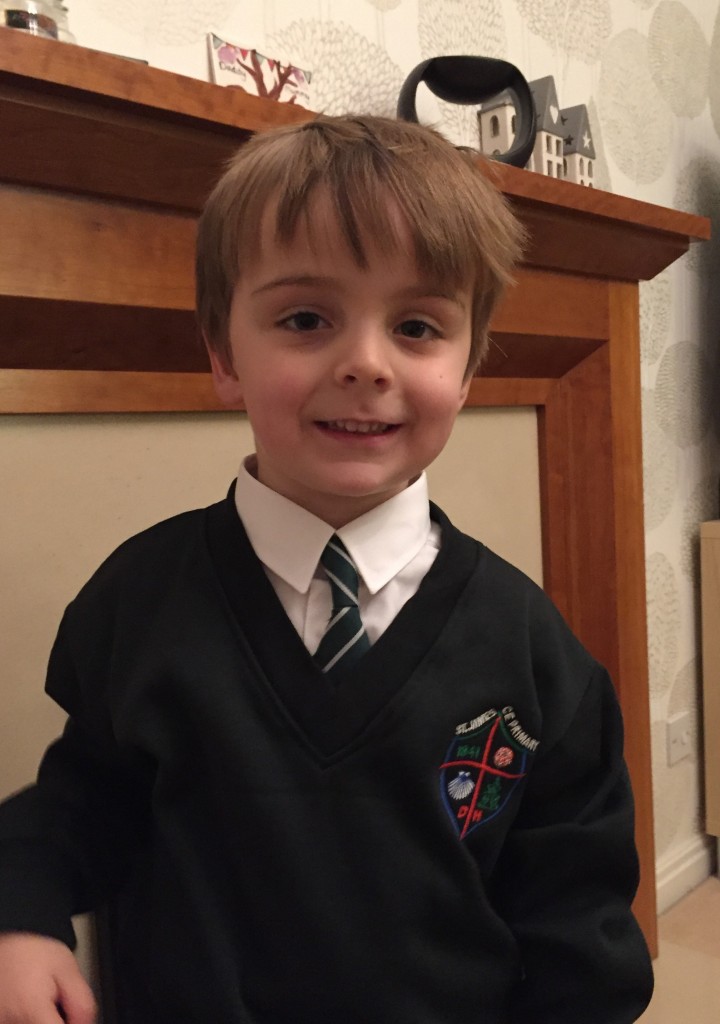