My Son needs to wear Glasses – Why am I so sad?

What a shock we had last week when we went to the hospital appointment to find out our son needs to wear glasses.

Our eldest boy is 4 years old, he started school in September and changed schools over the Christmas break (due to our house move) on the first day of term in his new school they rang me to get verbal consent for him to have his eyes tested. I gave consent and of course thought no more about it assuming all would be fine as he’s never complained of any problems with his eyes and seeing things. That evening he brought home a note to say he needed a non-urgent hospital referral and to ring to make an appointment which I did. Still believing that he probably didn’t really understand the test at school or was shy of saying the right letters we waited 3 months for the appointment. Last week we went to the hospital and he had some more tests. I had expected that they would just make him read letters like an adult eye test but they actually used some drops in his eyes to dilate the pupil then held what I assume were lenses up to his eye to look through and assess what prescription he needed. 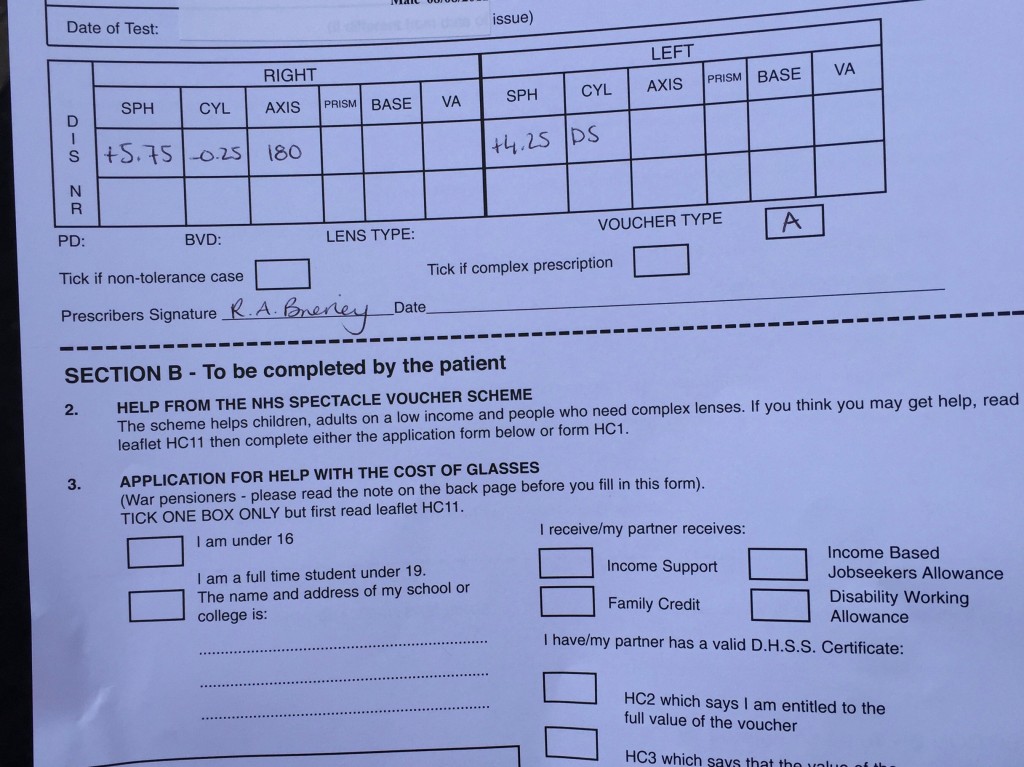 I work for the NHS and I don’t like saying bad things about people who also work there but I wish they’d explained it a little better to me, because I couldn’t understand why suddenly he had a really strong prescription when he’d never said anything before. Thankfully a really helpful gentleman at Specsavers when we went to collect the glasses did explain it to me so I’m grateful for that.

And so with prescription in hand off we went to choose some frames. Now if you’ve ever had the experience of choosing frames with a 4 year old you’ll know what I mean……yes that. He did not really want to pay much attention, the lovely lady helping us tried really hard to see what fit his face and which ones didn’t but and guide us to frames that suited him. He was not really that interested! To be fair to him it was getting late and he was hungry too! So with the promise of a treat tea we finally settled on a few pairs which would take a week to come into store. 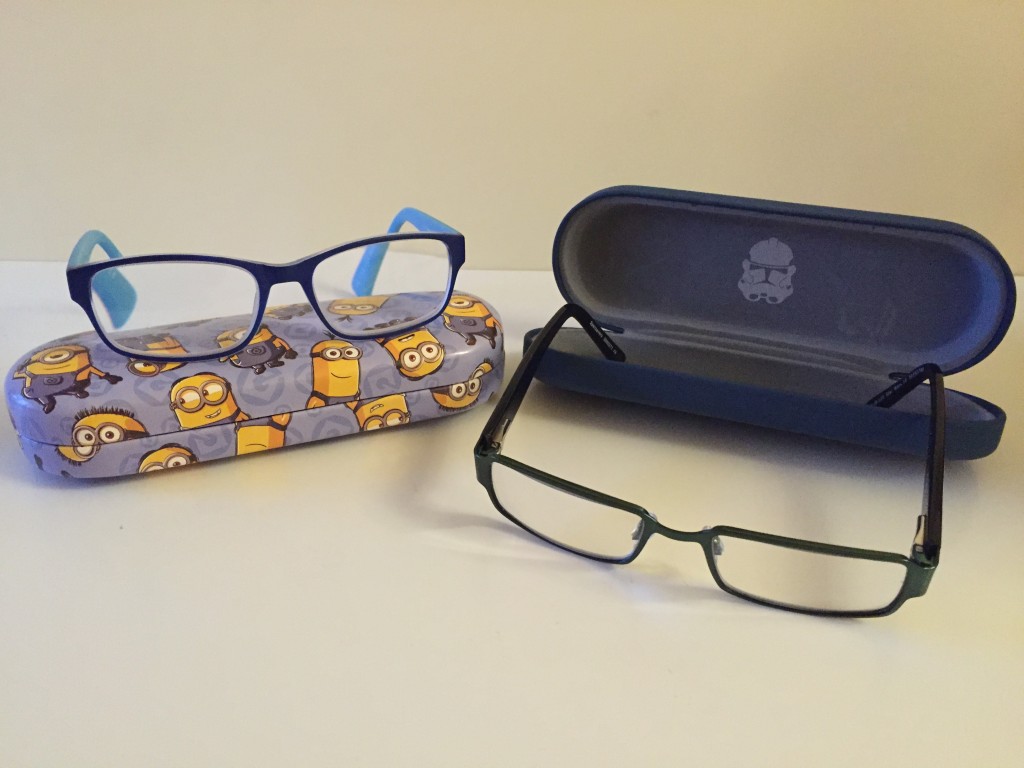 The next week we returned to collect them. This was the hardest part for me. I knew the prescription was quite strong but I guess I hadn’t really thought ahead to how this would change his appearance. When he was trying on the frames with just the plain lenses he looked super cute and stylish but the first time he turned to look at me with his prescription lenses on I could have cried. I didn’t. That was not my boy, his appearance had totally changed. Of course I knew inside it was still him but it just didn’t look like him. I don’t know why I felt such sadness but I wanted to write about it so that anyone going through the same would understand that it’s normal to feel this way. All of a sudden the face I was used to seeing was gone and a different face was there. I know he hasn’t changed one bit and he still looks just as lovely, I know the glasses are what he needs but it was just a shock I guess. I keep telling myself that I’ll get used to it, it’s just a different version of normal for now. I love him just the same as always, in fact more each day. I think it’s just taking me some time to get my head around the fact that all these years he’s not been able to see close up things very well. On the evening we picked up the glasses as we were cuddling at night he noticed (I guess for the first time) that I had as he put it ‘tiny red lines’ in my eyes. I could have cried again, for the first time he’s noticing the small things in life and I know that it’s for the best. 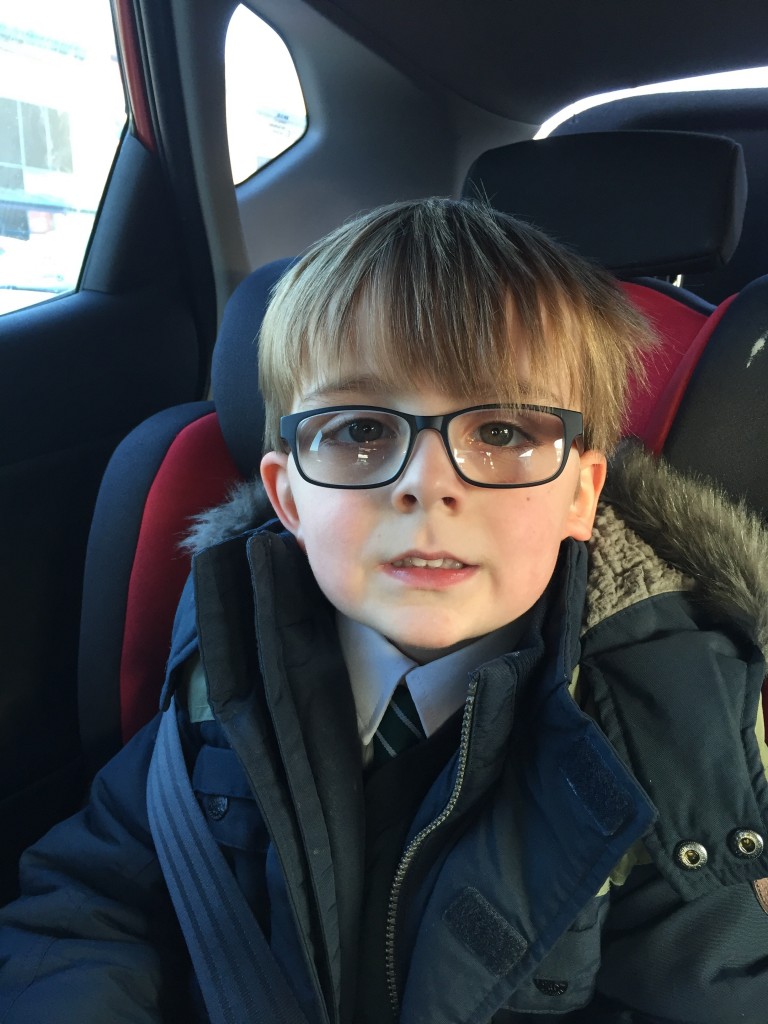 One thought on “My Son needs to wear Glasses – Why am I so sad?”