Well I know it’s a few weeks away yet (5 weeks on Thursday to be precise!) but I feel a bit snowed under thinking about things I’d still like to get done before the big day itself. I feel that writing it down for the world to see will somehow spur me on to complete the tasks. Although I’m not sure when I will find the time but making a list is a start! While the boys (well older boy) believes in the magic of Christmas I want to make it special for him. I want him to carry the memories of Christmas as a child with him for the rest of his life. I want both boys to look back and remember the overwhelming feelings of love and being a family together that we have at Christmas time. I doubt they will remember the individual presents and that’s fine, but as long as they remember the magic and warmth then it’ll all be worth it.

This year I want to start a new tradition, along the lines of the elf of the shelf idea that is very popular in America. Although I don’t want it to be an elf that checks if he’s been good. I want it to just be a little Christmas elf that comes to live with us in December. A little elf that does silly things in the middle of the night. I don’t think we need an elf to check on his behaviour because both boys will be getting gifts from us no matter what. We are blessed that on the whole the boy is really well behaved and I hope that’s a reflection of the way we have brought him up. I don’t want him to feel threatened to behave by an elf for just one day of presents, I want him to behave all the time because that’s what is expected and he knows that. So to start the list of to do’s I need to make an elf door for the elf to travel from the North Pole to our house and most importantly buy or make an elf!

The next thing I really want to do this year is try and make a reindeer head to put up on the wall, I’ve seen a few in the shops but none have been just perfect yet. Most are too small or don’t look right. I’ve seen some almost perfect ones in a small shop in Lytham but they looked expensive and as I couldn’t see a price tag I didn’t dare ask how much they were and being on maternity pay I’m sure I wouldn’t have liked the answer anyway! So I though perhaps I could try and make one, even if it’s a bit rubbish at least I’ve tried!

– Try and make a reindeer head

The next thing on my list is to use the chalk pens I bought last year to decorate the windows, in order to do this I need to come up with some designs. Last year hubby and I were lucky enough to get a night away child free in London thanks to my lovely mum. She had the boy for one night so we travelled down early on Saturday and back again late Sunday by train. We walked so many miles that weekend and on one particular street I spotted the most amazing christmas window idea. So I took a photograph and once we got home set about doing some research.This was the window….. 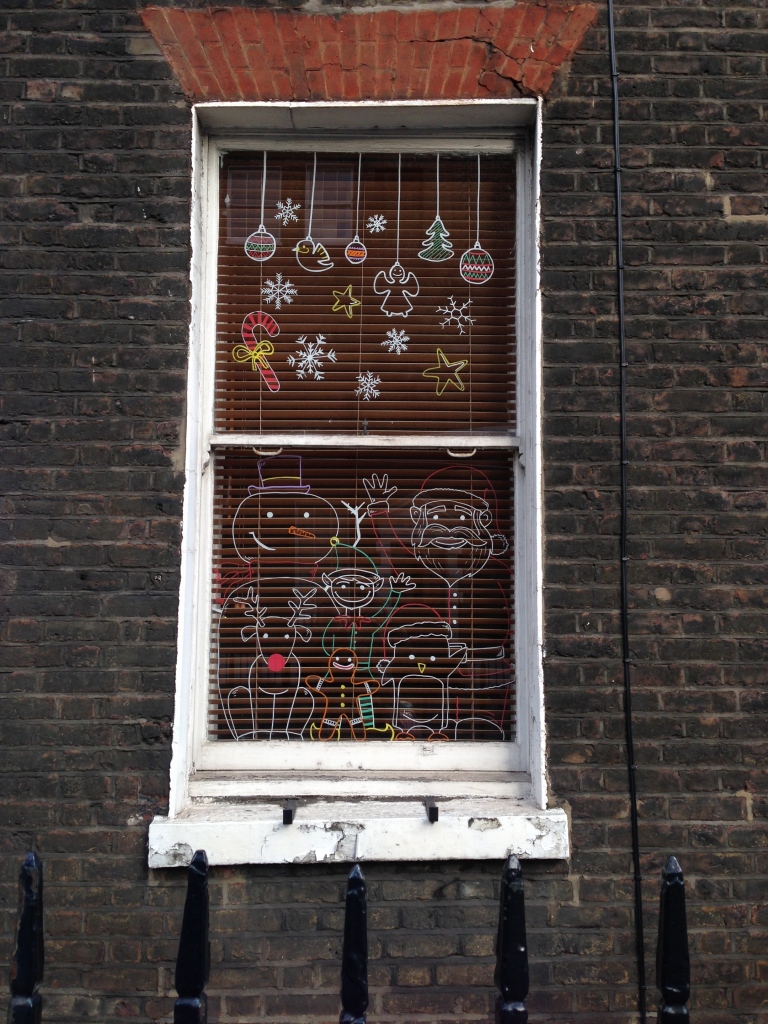 I bought some chalk pens that had a good review and set about recreating it on our windows at home, sadly I can’t seem to find a picture of my efforts. I even took them into work to decorate the office door window. 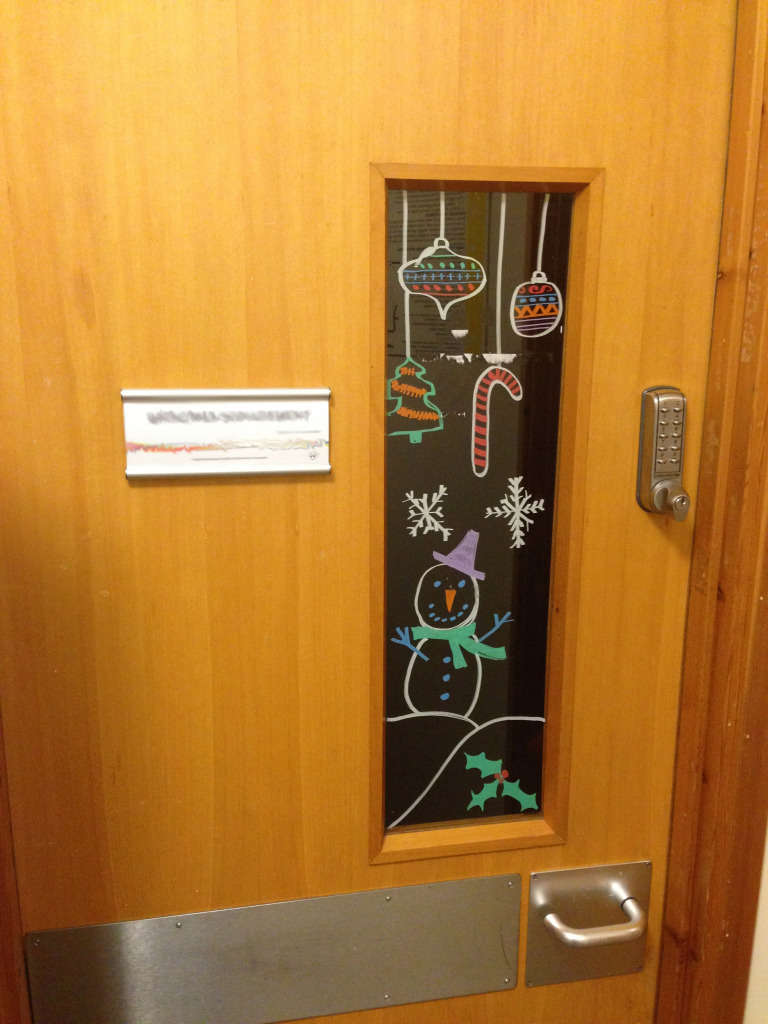 – Look up designs to chalk onto our windows and french doors

Now the next thing that was on my list I’ve actually managed to tick off this weekend. For the first time in my life I’ve made a Christmas cake all by myself! Normally my mum makes me one and I decorate it. Not this year, oh no, its all my own work! I proudly mixed all the ingredients together and baked it in the oven for 3 hours. The house smelt like Christmas, it was wonderful. It’s now all wrapped up and put away in a tin for when I get a chance to decorate it in December! 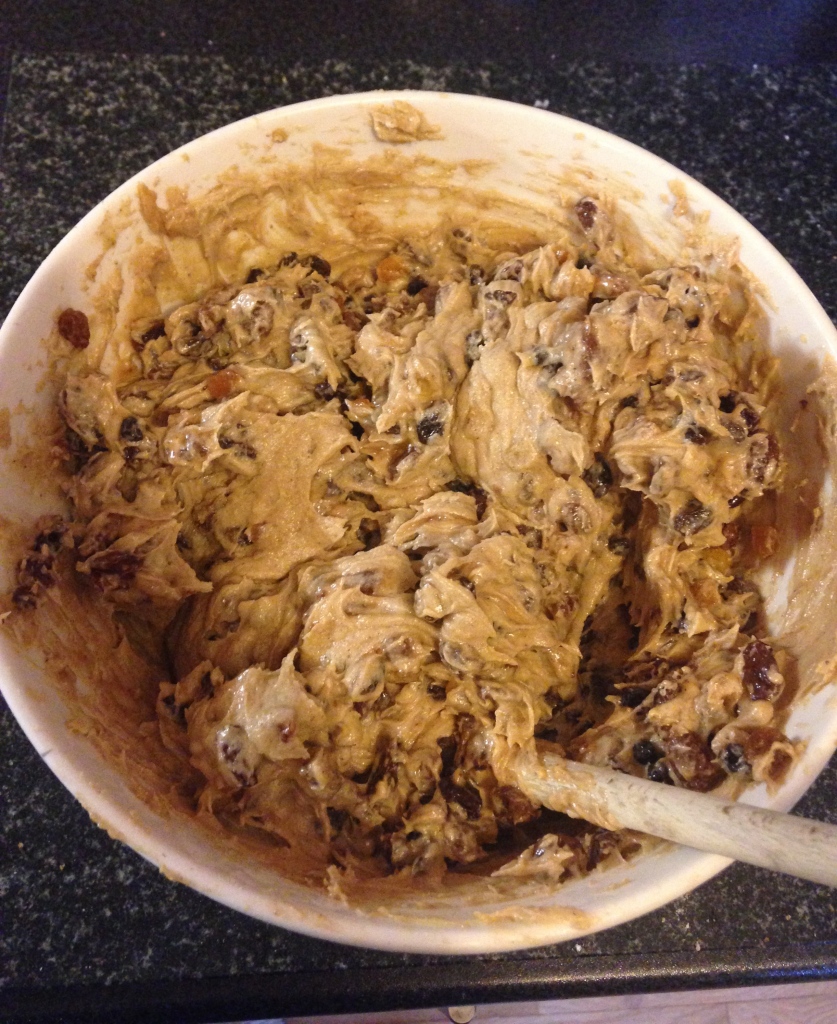 So the list isn’t that long at the moment but it does only contain the things I needed to do pre-december. I’m sure I’ll be adding other items along the way. But for now I will leave you with this image… 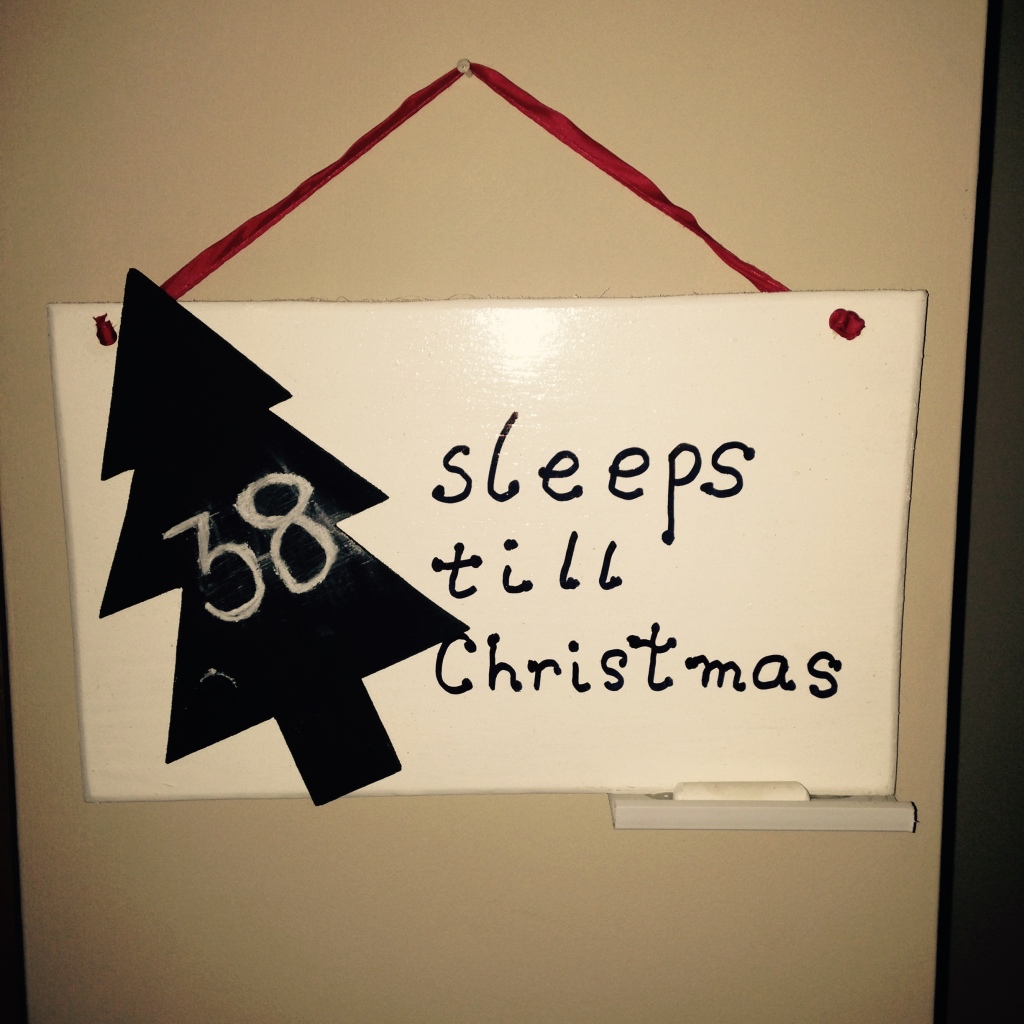