This Saturday just gone it was preview weekend for the Lego Batman Movie. So we headed out to our local cinema to treat the boys to a morning out! We went for a morning showing , hoping that we won’t ruin any adults who may also what to watch (the Flixster doesn’t always sit still or quietly!)

We needn’t have worried though he was great throughout the film. He’s still only 2 but will mostly sit though a film. Especially when its something he likes.

The combination of Lego and Batman had both of the boys captivated. I say both I should say all, since hubby liked it too! 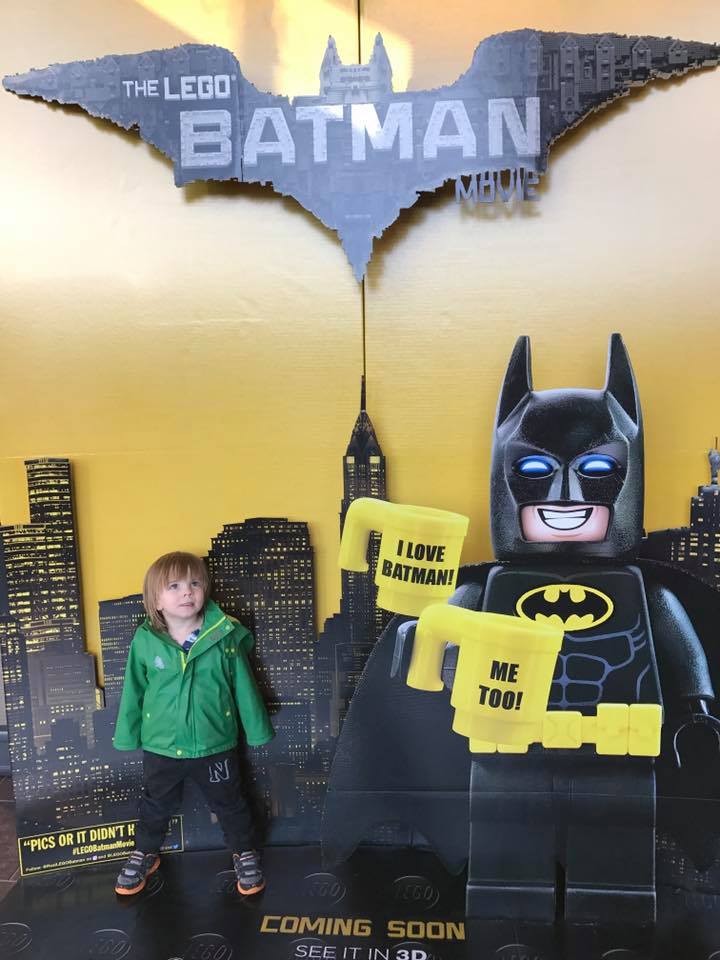 If you like action (in the form of lego action) then this is most definitely a film you will enjoy. I laughed quite a lot too. Given that I don’t normally go for action films I have to say it was a good watch! There are quite a few adult jokes, I’m not talking rude panto style innuendo , I mean jokes that adults will laugh along with. 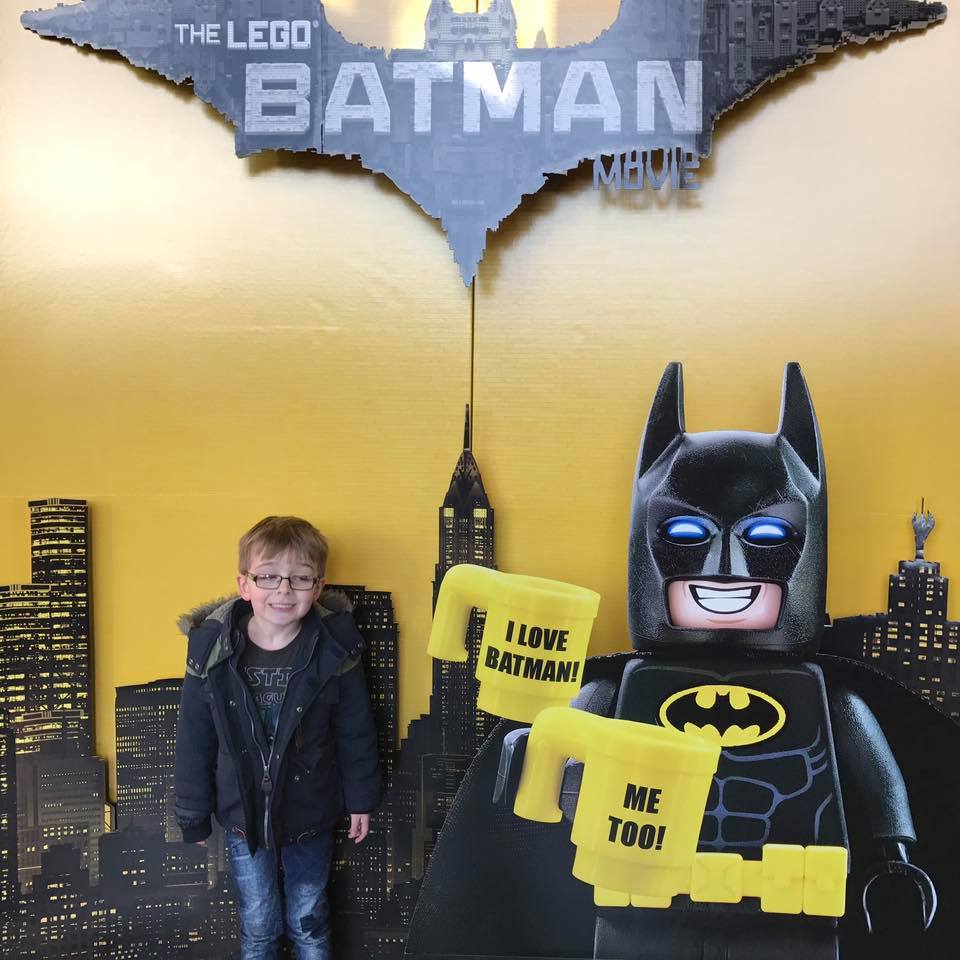 Thomas most defiantly enjoyed it. Having not spoken all the way through he was sucked into the whole movie. It is quite long for a lego film (at almost 2 hours – 110 minutes I think) however the plot line moves quickly along and in no time it was already the credits so you’re not sat there hoping it would end soon.

I think it will be one the boys want to buy on blu-ray when it comes out, just like the original lego movie they loved it!

In short if you like lego and batman go watch the film. Its out on general release from this Friday 10th February.