Migraine – My Child suffers – I don’t know how to help

My child has a migraine is not something I ever wanted to say but unfortunately I’ve had to say it a few times in the boy’s life which makes me so sad for him. 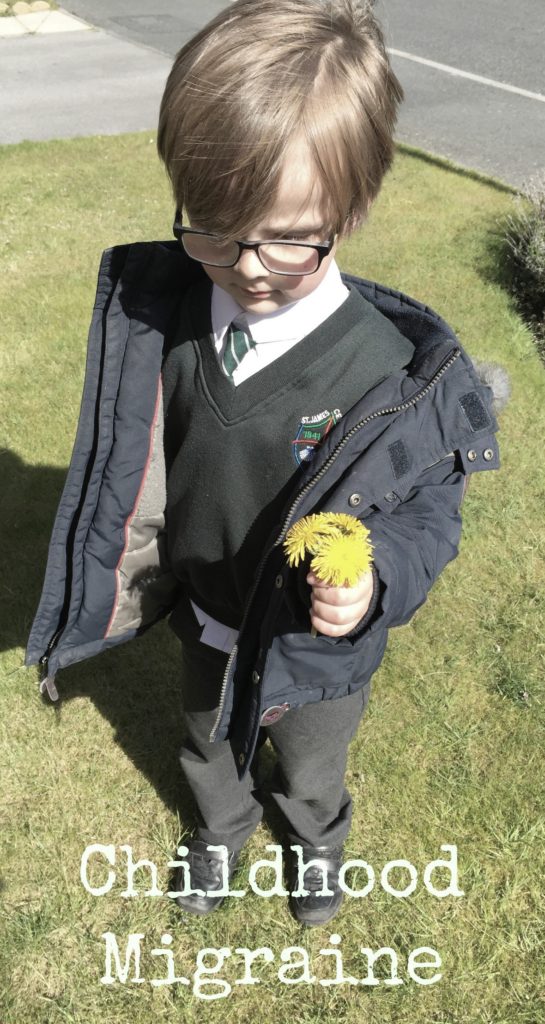 It didn’t come out of the blue for us as a family, my husband has suffered from migraines all his life. Throughout his childhood I’m told he suffered from migraines on many important occasions including birthdays and family celebrations. Those migraines seem to have been triggered by excitement of an event. He also suffers from migraines when he consumes artificial sweeteners and some other random ingredients. So he has to be really careful when eating out and about or new things to make sure there’s no hidden nastys in them. He can’t have diet drinks as most of them contain aspartame which is a no no. As an adult he has grown to recognise the symptoms quite swiftly and is able to take a preventative tablet most of the time to stop the migraine in its tracks, he still tends to feel wiped out afterwards but thankfully the head splitting pain and vomiting are usually avoided. I thankfully have only ever had two migraines that I can remember, both were whilst I was pregnant (one for each child) I certainly can’t imagine how hard it must be if you are a migraine sufferer. Migraines are a disability you can’t see yet they can wipe you out for hours or even days, I’ve seen it in my hubby. It’s not like having a broken leg or a missing limb, that you can see. How can you prove you have a migraine, you can’t.

During the summer last year hubby and I were due a day off together, a day when the boys were in nursery, we were going to go and look at bicycles and chose ones to buy, something we couldn’t easily do whilst the boys were around. In the morning the boy mentioned that he had woken with a headache, I didn’t really think too much of it as he had mentioned headaches before, not a lot as they’d always seem to disappear quite quickly. So that morning I gave him a dose of paracetamol and sent him off to nursery. About 4 hours later after we’d just started looking at bikes we had a call from nursery saying that he was once again complaining of a headache, that he’d gone pretty quiet too and asking if they should give some paracetamol. I authorised the dose and said that we were some way away but would head back to collect him really soon. Just 10 minutes later we had another call to say he’d got worse and had also vomitted after the paracetamol. We were already heading back to collect him so there was not much more I could do except worry. Hubby went into nursery to pick up a very lethargic, half dressed little boy who had been sick all down himself poor thing. We put him in the car and took him home. We set up the little inflatable bed in the lounge, drew the curtains to make it nice and dark and tried to persuade him to rest with a cool flannel on his head. He didn’t take much persuading so I knew he was genuinely poorly. He looked very pale, and weak and was just drifting in and out of sleep. He was quite warm too so we got out the fan to try and cool him down. I felt so helpless. It’s so hard to see your babies poorly. He was sick a couple more times but thankfully he’s pretty good at telling you when he feels ill so the bucket was ready. He spent the rest of the day just sleeping on and off and by mid evening he was able to tell us that his head although hurting wasn’t as bad as it had been.

Migraine – The warning signs for us

He has suffered from a migraine recently where we were given more warning signs, but at the time I didn’t realise that this was what they were. Thankfully (or not for him) the recent one was during a school holiday so he didn’t have to miss any time away from school. He woke up one morning, complaining of a sore head so I gave him some paracetamol. As I have mentioned before he can have short headaches occasionally which respond well to a dose of paracetamol so I didn’t think too much of it. It was a nice day outside and so on this occasion I gave him some paracetamol and as he was eager to play outside I encouraged him to get dresses. He kept complaining that it he was cold, again I didn’t really think much of it as he was only wearing pj bottoms as he was midway through getting dressed. He also kept yawning away, I put this down to a later night the night before. He’s usually in bed for 7pm but the evening before had stayed up later to watch a film with us as it was a school holiday treat. Later in the day as lunch was being served and he’d already played outside he lay down on the sofa and seemed very pale. He kept putting his head down on his hands and saying that his I head was coming and going. I instantly knew that he was experiencing the start of a migraine. Hubby can sympathise with what he was going through, he knows what it’s like, so knew that the best thing would be better to go upstairs and lie down in a cool dark room. For the next few hours he drifted in and out of sleep until he woke in the evening,  still complaining of a pain coming and going in his head. At 6pm hubby and I swapped over and I lay with him in our bed until he drifted off to sleep in a ball. He slept quite well for most of the night, although I did get booted a fair few times and he does talk in his sleep! But that’s the norm with children isn’t it!  Thankfully by the morning although he was pretty groggy and tired he said his head was better. Having read more about migraines since I now understand that the yawning and the coldness were his warning signs and I’ll be on alert for these in the future. I still haven’t worked out what triggers the migraines but I will be looking for a common cause. I hope that it’s something that he can grow out of but given my hubbys history of them I doubt that he will. I’ve not taken him to the GP yet as thankfully they are not frequent but when they do happen they really floor him. I feel helpless but I’m thankful for a hubby who has been through it so can help him find coping strategies. He’s such a sweet little guy and I feel so bad for him when he has a migraine. 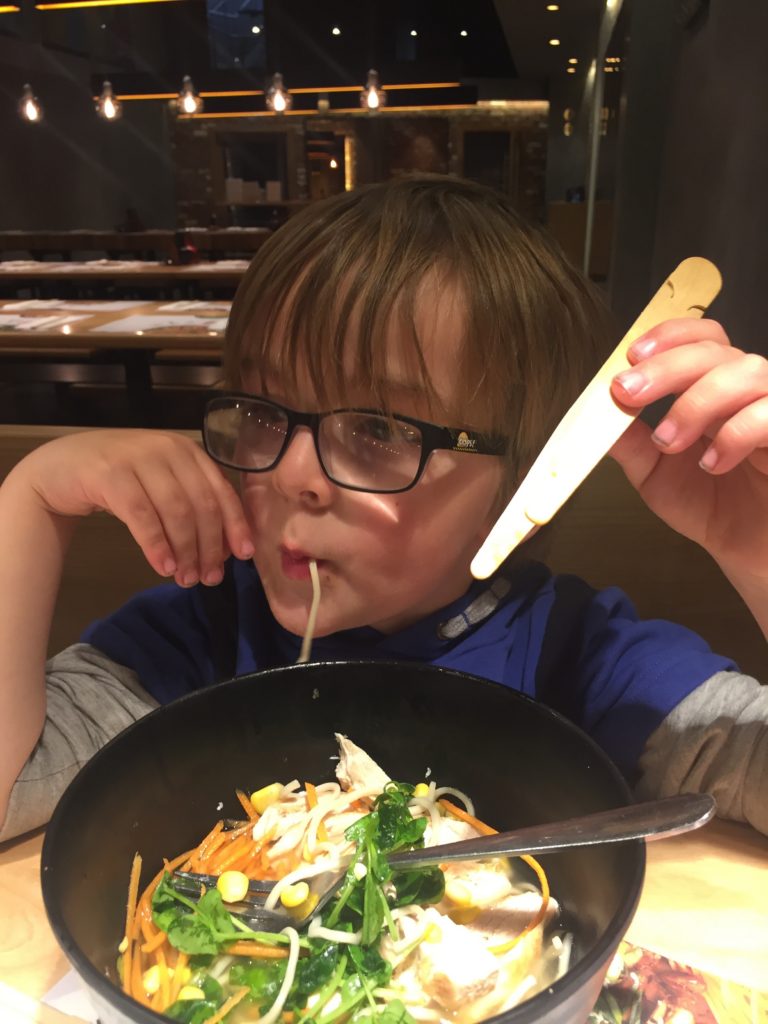 This is only how I have experienced my child having a migraine, and I have read about lots of other signs and symptoms so I’d be very interested to get in touch with other mum and dads who have been through this with their child. What has helped or hindered, how do you cope when it’s happening and are there any techniques to help with the pain?

I’ve been busy reading a lot about childhood migraine on the internet recently and two really websites I have linked below in case you are interested in reading more of the facts.

Please get in touch with me if you’d like to chat about it or can tell me more about your own experiences as a child or with children.